Terrestrials are often overlooked by fly anglers yet they can make up a surprisingly large parts of the trouts diet. Here are a few examples terrestrial tips!

Hawthorns
The first hatch of hawthorn flies should start coming off towards the end of April with the hatch lasting for up to a fortnight.

It’s a great idea to have some hawthorns in your box ready as the trout can take these enthusiastically and will often rise confidently to a hawthorn pattern when they are feeding on the naturals.

Black Gnats
The black gnat is a general term used by anglers to describe a few different species of terrestrial fly that are all small and dark and often found in the vicinity of water.

In spring and again in autumn, black gnats often swarm above the water in huge numbers especially on slow glides on rivers or under the shade of trees at the lake side. Most small dark flies will provide a good imitation, my preference is for a size 18 with a little bit of white wing tied on top to help me see it!

Beetles
During the summer, beetles will certainly feature on the trout’s menu on many of our rivers and still waters. Whilst there are many specific beetle patterns available which are great, you could hedge your bets a little with a black and peacock spider. This will do a pretty good imitation of a drowning beetle and looks very “foody” when fished upstream on a river. Try fishing under overhanging trees and bushes where trout will be used to picking off terrestrial insects as they plop in to the water.

Daddy Long Legs & Crane Fly
As we move in to late summer and autumn, the daddy long legs come in to it’s own. These large gangley flies often hatch from the soil or decaying wood that lies close to rivers and streams. If they are blown on to the water in large number, the trout can get in to a feeding frenzy and a floating pattern can provoke very aggressive take.

Green Fly
In autumn, when the leaves are falling into the river on long slow glides, you will often notice the trout and grayling sipping at the leaves. Here they can often be taking the green fly that are present on the leaves as they wash in to the water. A small greenfly fished dry or wet in the surface film can be deadly. 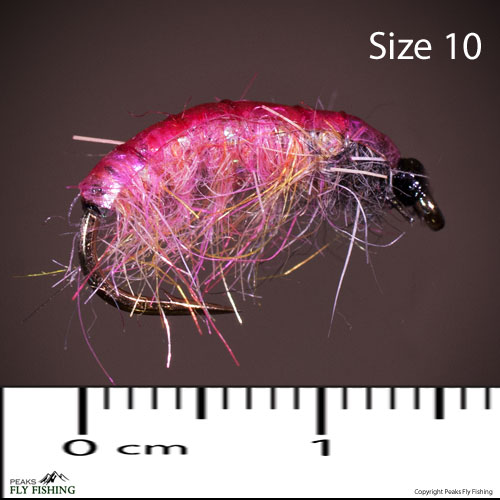