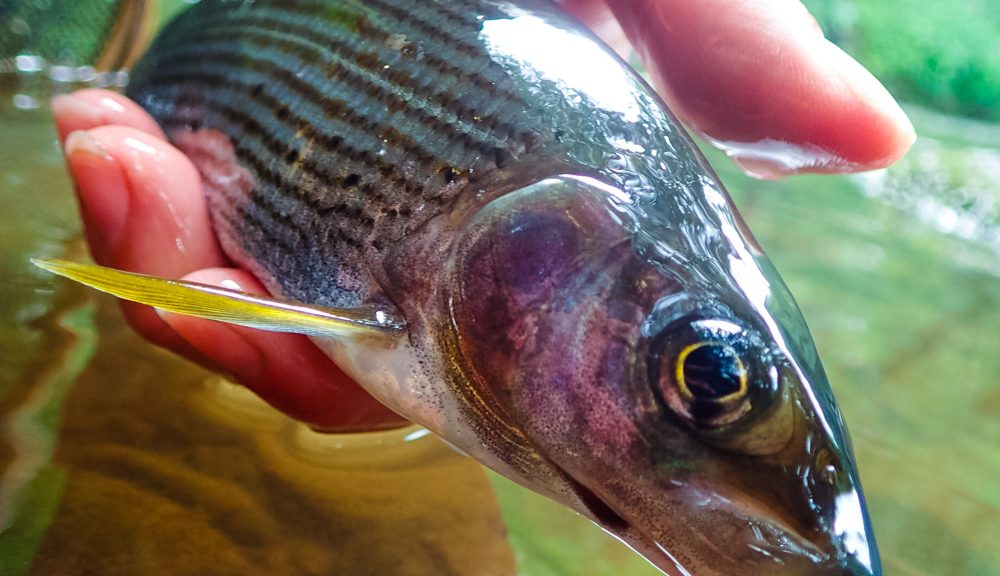 As the trout season draws to an end there’s no need to hang up your waders, some of the most rewarding fly fishing  is just round the corner!

Where & When To Fish For Grayling

Grayling require clean, well oxygenated water either neutral in PH or slightly alkaline. Limestone or chalk streams are ideal however there is a good head of Grayling through many northern rivers and in Scotland & Wales too. Grayling will not live in acidic waters or those that have even the slightest hint of pollution and are often the first fish to disappear when water quality is degraded.

Your local angling club will know which of the rivers in your area contain Grayling . You need to find a river that has a recognised and fishable population of Grayling in order to stay on the right side of the law during the winter (If you are fishing in a river that contains trout, as trout are out of season through the winter)

Grayling have a habit of shoaling far more than trout. When you are Trout fishing there is a tendency to move on from a pool once a fish has been caught however the opposite should be the case with Grayling. Once a fish has been landed and released, just a few minutes of quietness and the shoal will start to feed again. It’s not uncommon to take several fish out of a pool without having to move.

A quick look at the down-turned mouth of the Grayling suggest that it’s evolved as a efficient bottom feeder and whilst this is often true, the Grayling will also freely rise to surface food when it is available.

The beauty of the Grayling is it will feed in even the coldest of winter days.

Chances are, if you already fly fish for trout in the river, you will have all the gear you need. If you really get in to your czech nymphing for Grayling then you might want a nice long rod with a fairly soft action. For czech nymphing I use a 10 foot rod with a soft action. The extra length gives me the reach I need to search the deeper water. I have found tip action rods have a tendency to bump fish off when hooked at such short range. Again your standard trout leader set up of a tapered leader will suffice for most situations. For nymphing  I like flurocarbon to help get the flies down and also to protect against abrasion on rocks and snags

Here’s my Grayling gear that I use:

Nothing is better than being in the river during winter and feeling toasty warm!

The first thing to say about successful Grayling fishing is that you need to be adaptable. If you insist on only fishing upstream dry fly through the trout season then you need to break out of that mindset and approach your Grayling fishing more openly.  That’s not to say you will not have some good days fishing that method but you will limit yourself quite severely especially once the colder weather of winter arrives.

When I am Grayling fishing I like to pick my days. A cold but dry frosty day through the winter is perfect. I avoid going out in the wet and wind, I am too old for that now!

Picking the right time of day is a good idea too, I like to be out during the warmest part of the day, around midday when the low sun reaches its highest point in the sky. The extra degree of warmth this brings can be enough to trigger a few flies to hatch and the Grayling can reveal themselves with a rise.

When there is a hatch or a few terrestrials on the surface Grayling can rise to a fly just as well as a trout. Be prepared to move to a dry quickly as winter hatches can be quick and finish after just a few minutes of activity. An upstream presentation to sighted or rising fish is the best way of dry fly fishing. You can try bringing a fish up when nothing is rising but some of the other methods listed below might be better “searching” tactics.

Wet flies, fished in the top 12 inches of water can be very effective but only when Grayling are prepared to move up off the bottom to take food in this area. When they are feeding on ascending nymphs or other food in this area then fishing wets and spiders can be very effective. Wet flies can be fished either as a team or single fly. The least effective method of fishing wet fly for Grayling is to cast across the stream and swing your flies round. Try a method that will present your flies so they move with the current like all the natural food. An upstream cast, square across or if fishing downstream, use a reach cast to allow the flies to travel down the river in a natural drift – you will catch far more fish using these methods!

Grayling are natural bottom feeders and respond very well to a nymph fished deep near the stream bed. Caddis larvae, upwing nymphs and freshwater shrimp are all good imitations. Cast upstream and allow the nymph to come back towards you. Tungsten beaded nymphs may prove very useful for Grayling fishing as they are a little heavier and get your fly down to the stream bed quicker.

Grease up the last foot of your fly line with mucilin to help it sit up in the water. Any stops or movement in the end of your fly line and you should strike! Grayling are very quick and you need to strike at every little unatural movement. A quick tip, nymph fishing should be done down near the stream bed, if your nymph is not getting caught on the bottom occaisonaly then you are probably not deep enough. In fast deep water, it’s impossible to fly cast a nymph heavy enough to get to this depth and you will need to switch to czech nymphing (see below)

Probably the most devastating method for Grayling fishing through winter. Czech nymphs are big heavy flies, often representing either caddis larvae or freshwater shrimps. The point of czech nymphing to to fish your flies down near the stream bed in types of water where traditional nymphing will not get deep enough. These flies are too heavy to cast using the traditional fly cast so instead are lobbed upstream using the weight of the flies on a very short line of just a few feet. The flies sink quickly and move downstream under the rod tip. Apply a bit of mucilin to the tip of your fly line and watch it like a hawk. You need to strike at every stop, pause or deviation of the line. It may just be a rock but it could be a fish! Again, ensure you are fishing deep down near the stream bed. If you are not catching the bottom every now and then, you are not fishing deep enough! 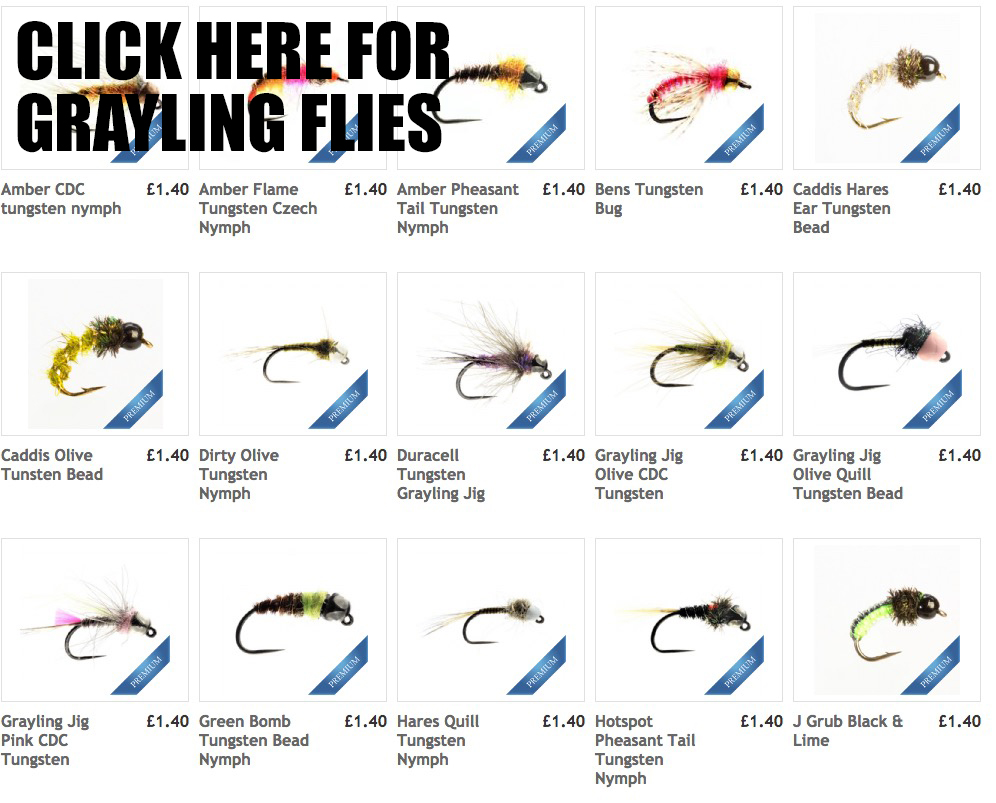 Grayling can be caught on many different flies and everyone has there favourites I have put together a selection of my favourite Grayling flies on the shop website – Click Here. 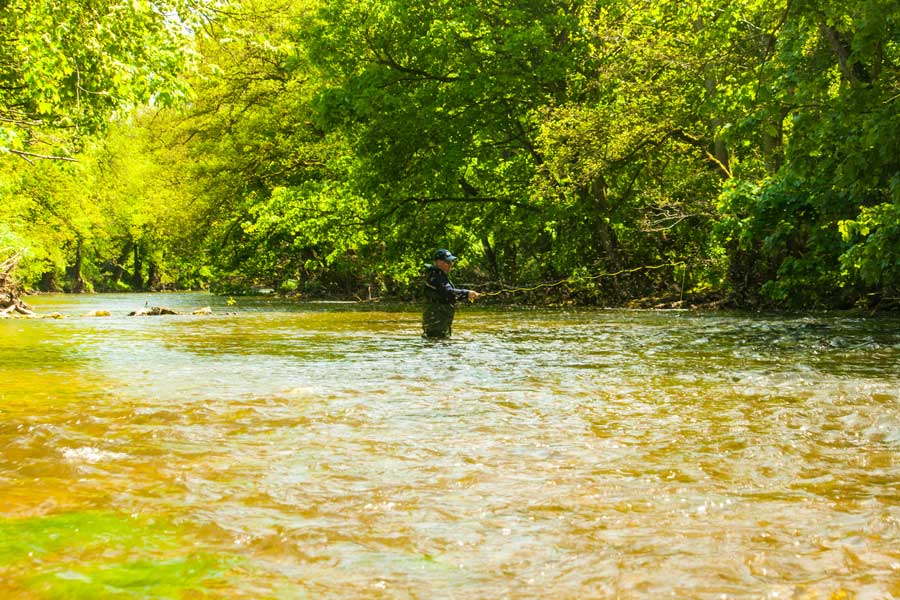 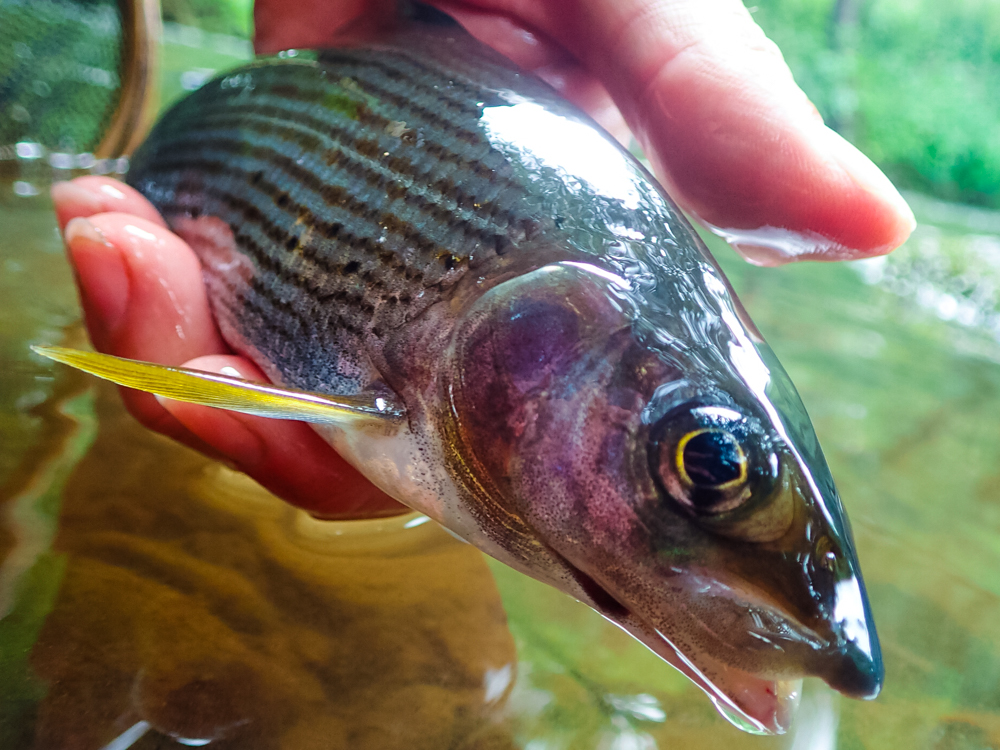 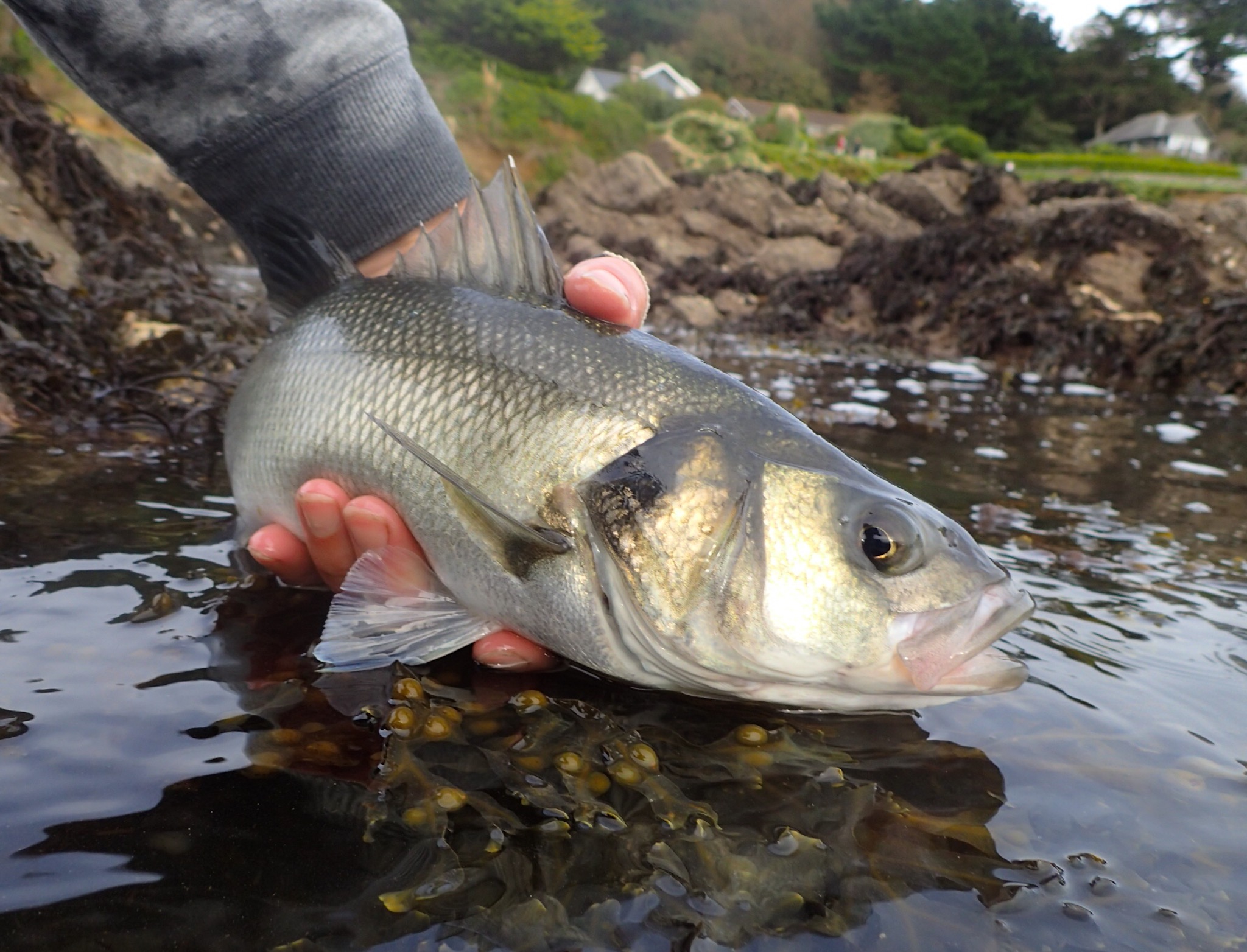 Saltwater Fly Fishing In The UK – A Quick Beginners Guide 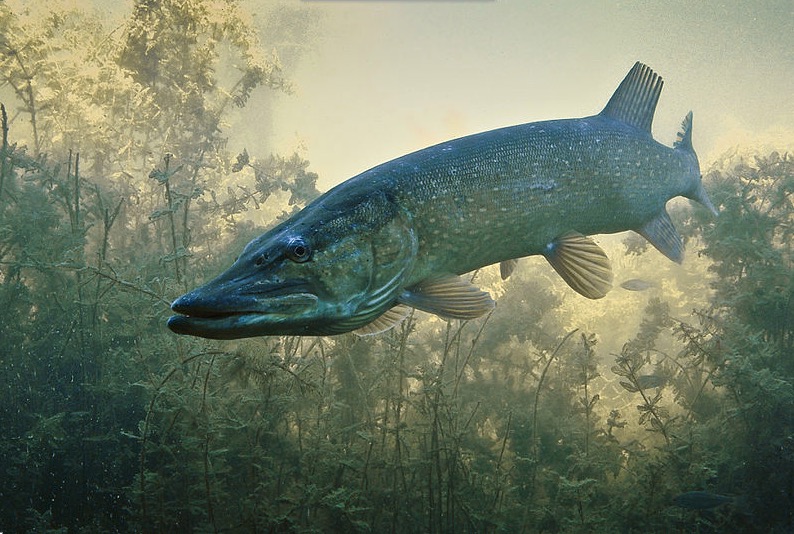 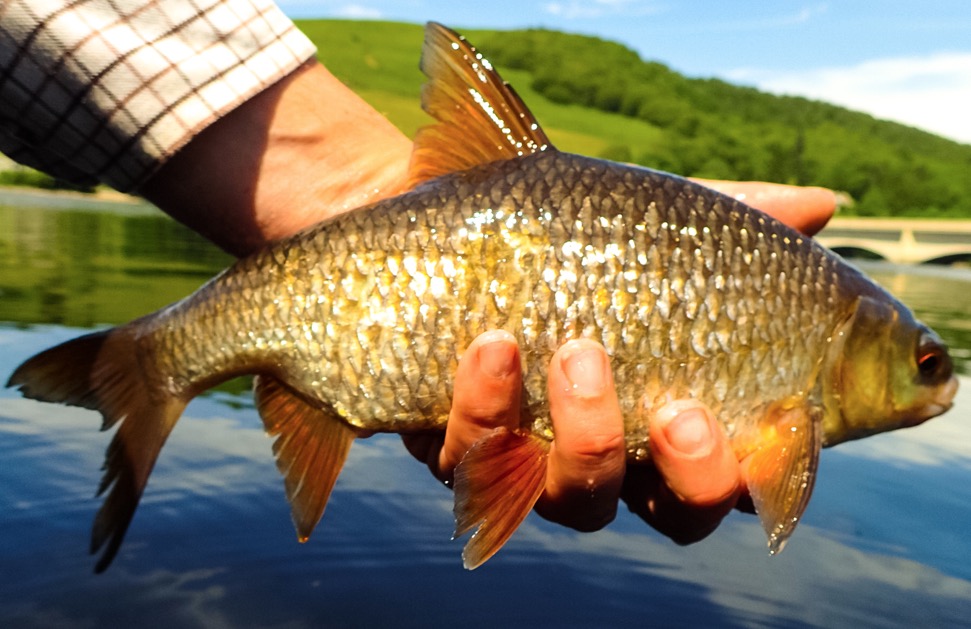 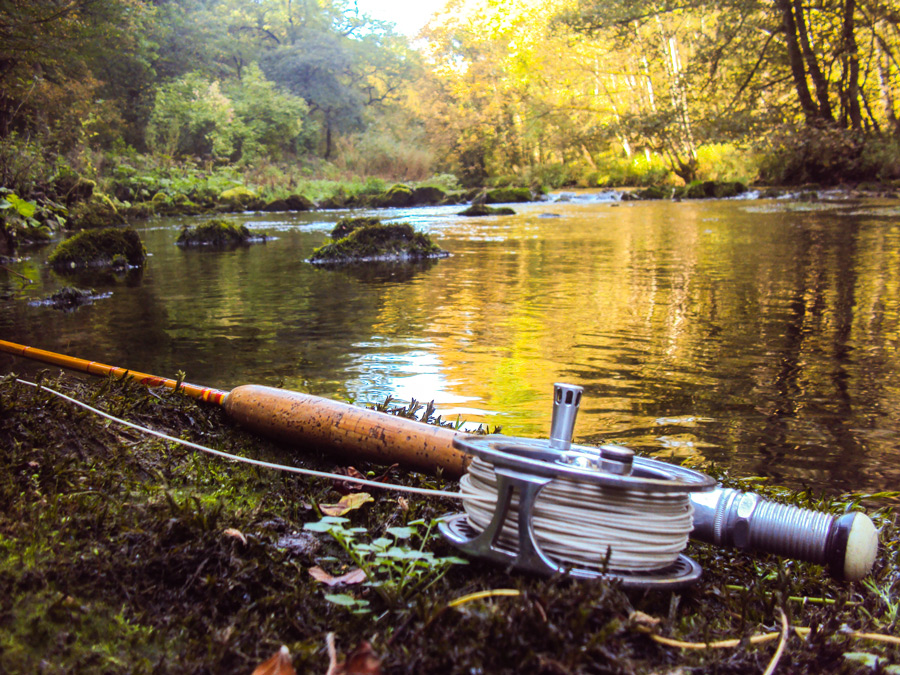 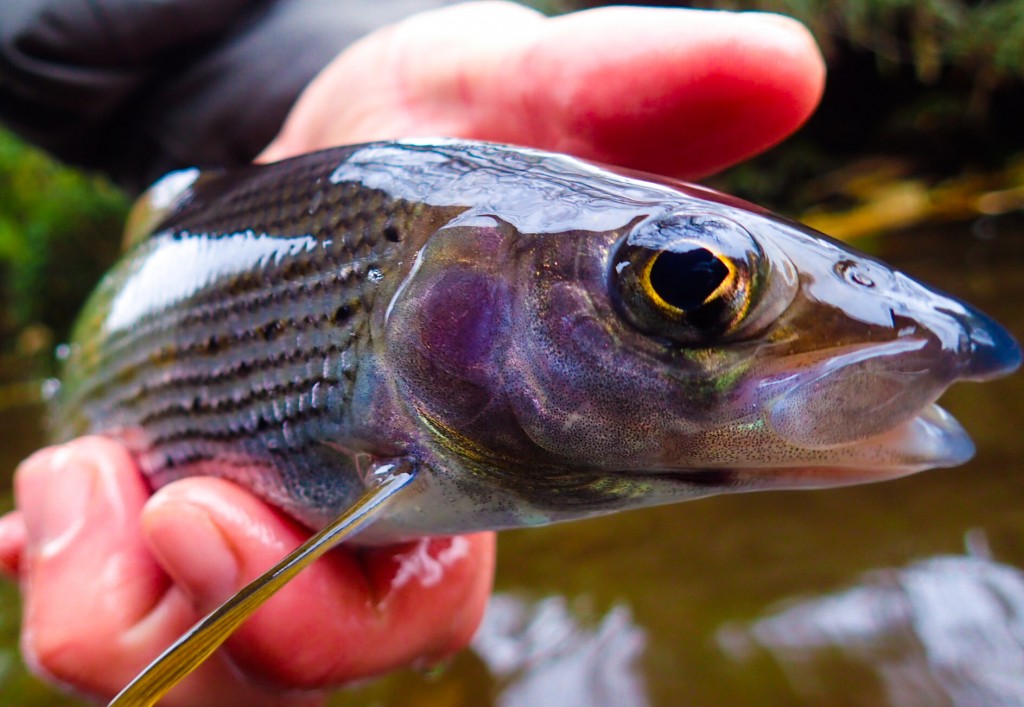 Guide To Traditional Upstream Nymphing – In Particular Prospecting With A Nymph 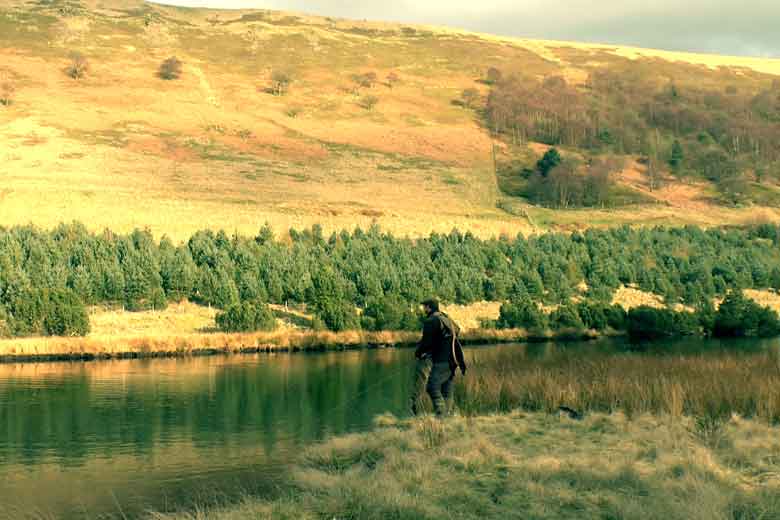 5 Unique Stillwater Flies & How To Fish Them 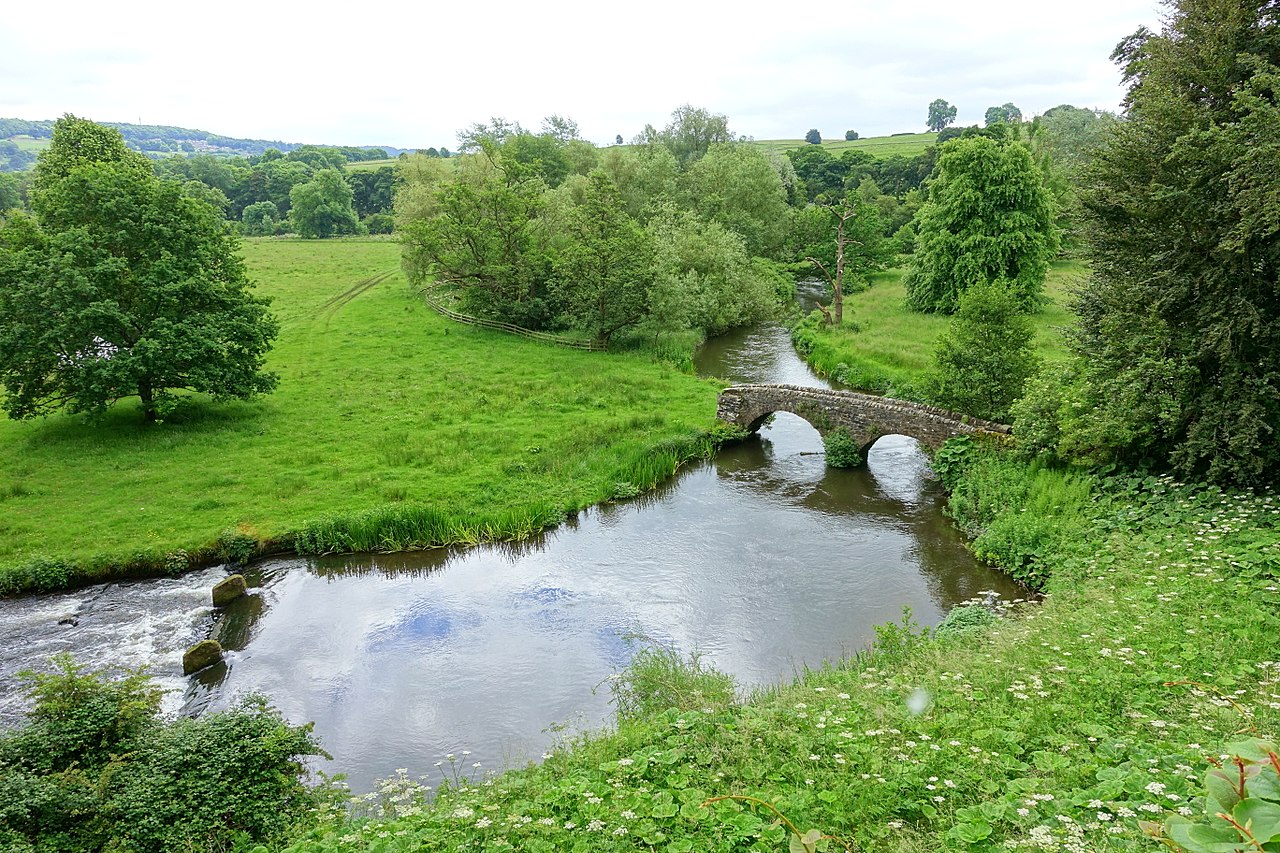 Best Flies For The Derbyshire Wye 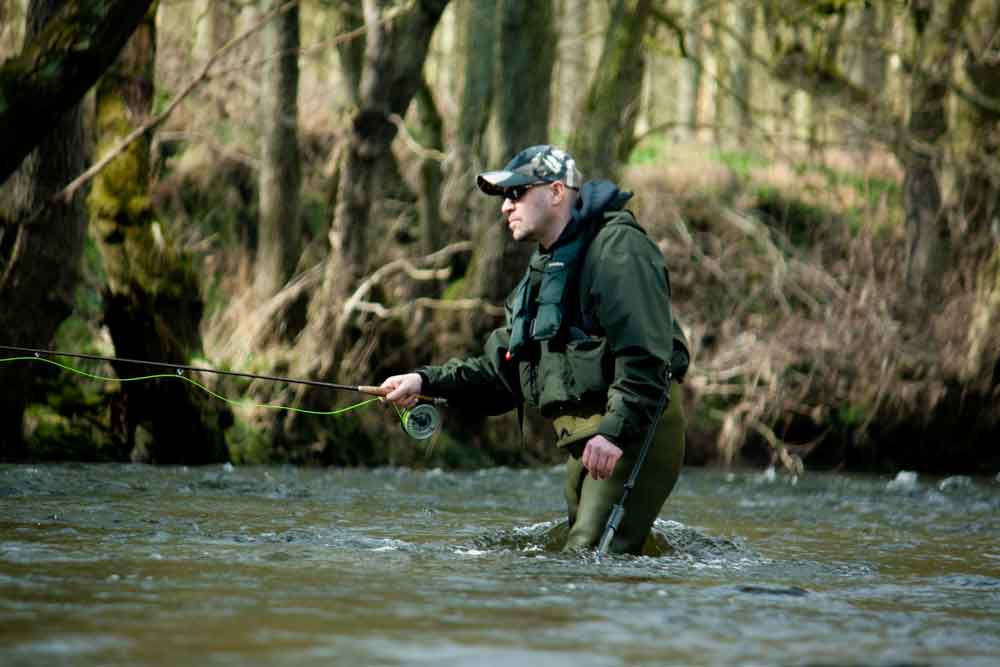 Fly Fishing For Early Season Trout – How To Catch Them 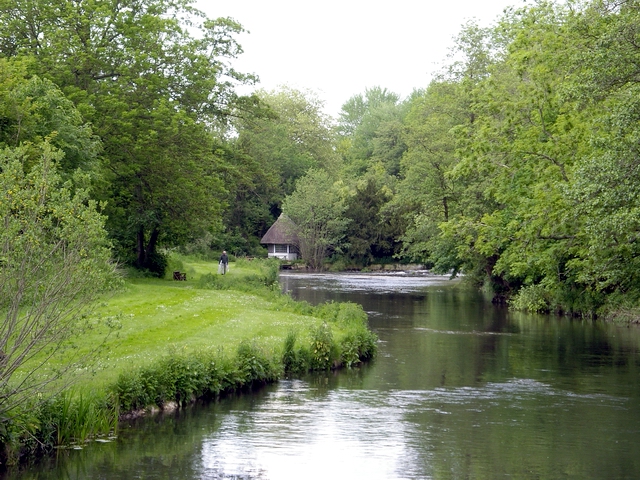 Best Flies For The River Test

2 thoughts on “Fly Fishing For Grayling – A Quick Beginners Guide”